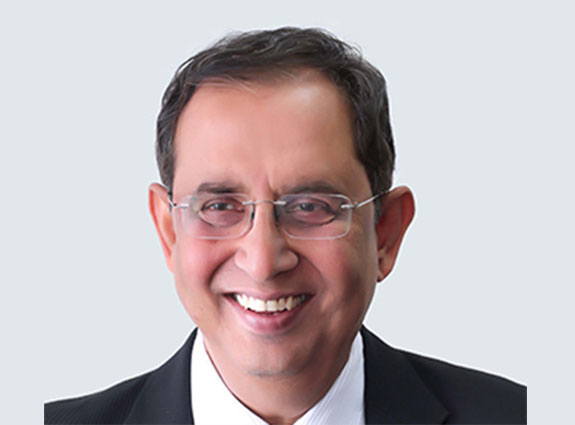 A Civil Engineering graduate from IIT Kharagpur and a Post Graduate in Business Management from XLRI, Jamshedpur, prior to joining L&T, Mr. Sen worked for 12 years with reputed companies like M/s. Tata Steel, Jamshedpur, M/s. Development Consultants, Kolkata and worked in a turnkey EPC Transmission line project in Malaysia for M/s HGEC, India in the beginning of his career.

His role as Project Director of the highly complex, mega Mumbai International Airport project from 2007 to 2011, was most notable in his career growth as he oversaw its most critical phase and was chiefly instrumental in paving the way to deliver a world-class airport in time.

Under his leadership, several major breakthroughs were achieved in the Railways sector by securing the CTP 1&2, 3R, 14, EMP 4, EMP 16, CP 303 packages of the Western and Eastern Dedicated Freight Corridor projects. He has successfully steered the business to bag prestigious projects of light rail transit in Mauritius & metro project(Electrical & Mechanical package) in Dhaka in Bangladesh.

He has played a very prominent role in establishing L&T in the GCC Countries by securing several landmark projects, notable among which are the Mafraq - Ghweifat Road Project, the Abu Dhabi International Airport, the Roads & Transport Authority(RTA) projects of R1028 & R1048 package 1 & 5 in UAE, the Al Wakrah Road Project & LRDP Pkg 4 in Qatar, Batinah & Bid Bid Sur Road Projects in Oman. Under his leadership, L&T bagged its first Railways job in the Kingdom of Saudi Arabia, and secured many urban infra development projects in Qatar, Oman & UAE. 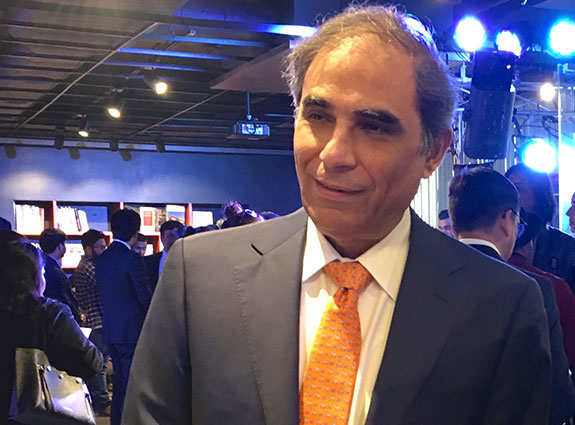 Hafeez Contractor is the Principal Architect and Sole Proprietor of Architect Hafeez Contractor that is located in Fort, Mumbai. His architectural footprints are indelibly stamped across the Indian built environment. His dedication to design ingenuity, efficient delivery andsophistication in building technology applications has resulted in a portfolio that features some of most significant architectural accomplishments in contemporary India.

He has won many awards and accolades for Outstanding contribution in Architecture i.e. Architect of the year, Icon of the Year and the most coveted Civilian award Padma Bhushan bestowed by the Govt. of India 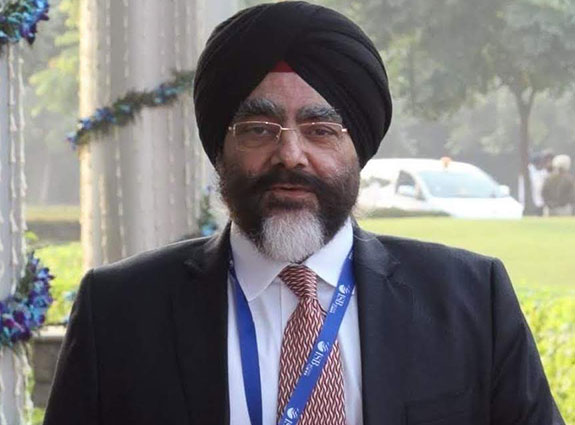 Pradeep Singh has 42 years of work experience in government, private sector, and academia. As an officer of the elite Indian Administrative Service (IAS) for 17 years, Pradeep Singh worked as with the state government of Assam as well as the Ministry of Home Affairs (MHA) and the Ministry of Defense (MOD) in the central government. He then moved into the commercialized private infrastructure sector. As CEO of IL & FS Infrastructure Development Corporation (IIDC) and vice-chairman & CEO of IDFC Projects Ltd., he oversaw the development and financing of infrastructure projects in collaboration with State and Central Governments in various sectors. After a career of 35 years in the government and private sector, Pradeep Singh then joined the Indian School of Business (ISB) as the CEO of its Mohali Campus and the Deputy Dean of the school and was responsible for starting new academic programmes dedicated to Infrastructure, Manufacturing, Healthcare, and Public Policy. In 2017, Pradeep Singh returned to Government as the Advisor (Infrastructure) to the state government of Jammu and Kashmir. He currently serves on company boards, and acts as a consultant, advisor and mentor. Pradeep Singh has been a visiting faculty member at the Kennedy School of Government, Harvard University and been engaged in consulting for the World Bank and the ADB. He holds a Masters Degree in Public Administration (MPA) from Harvard University and was a Rotary International Graduate Fellow at Stanford University USA. He also holds the MBA and M.Sc. (Nuclear Physics) degrees. 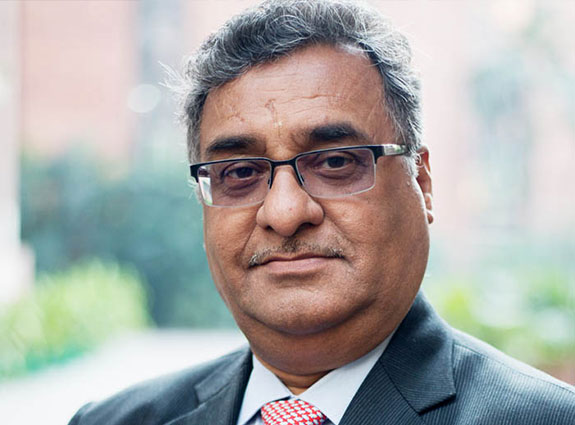 Sanjay Seth is Senior Director of the Sustainable Habitat Division with The Energy and Resources Institute (TERI). He is also the Chief Executive Officer of GRIHA Council which administers the Green Rating for Integrated Habitat Assessment. Prior to joining TERI, he worked with the Bureau of Energy Efficiency, Ministry of Power, Government of India and headed the vertical on Building Energy Efficiency

He was also the interim Secretary of the Bureau of Energy Efficiency and responsible for the administration and financial management of the organization. In this capacity, he provided oversight to the implementation of policies and programmes of BEE as well as the National Mission on Enhanced Energy Efficiency (NMEEE), and all international bilateral/multilateral cooperation programmes. He also represented BEE on the Board of Energy Efficiency Services Limited (EESL) as Director.

By training he is a Civil Engineer and has more than twenty eight years of experience in the power sector both on the supply side and demand side. 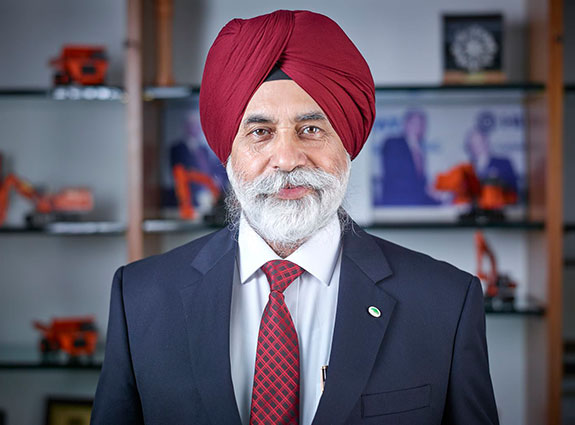 Mr. Sandeep Singh is a professional with a vision. A vision complemented with profound leadership and business development skills that empower him to lead and drive multinational organizations.

With an excellent knowledge of crafting strategic alliances and marketing strategies, Mr. Singh has hands on experience in leading the organizations he has worked for across different geographies and departments, facilitating the process of marketing, sales and production across industries.

With a rich experience of over three decades in Sales, Marketing, and Customer Support and General Management, Mr. Singh has worked in industries across Automobiles, Tractors and Construction Equipment sectors in India and abroad.

An engineering graduate from the National Institute of Technology Surat, he began his career with the Mahindra group – where he worked in the Tractor and Automotive divisions.

Next, he had a five-year stint in the Construction Equipment industry with JCB India, where he was the Executive Vice President, Sales & Marketing.

He spent a large part of his career at Toyota – 22years over three stints. His last assignment was as the Deputy Managing Director and Chief Operating Officer of the India operations. Post this, he moved to International Assignment to Toyota Motor Asia Pacific Head Quarters and was based at Bangkok, Thailand where he was responsible for leading the strategy planning function. 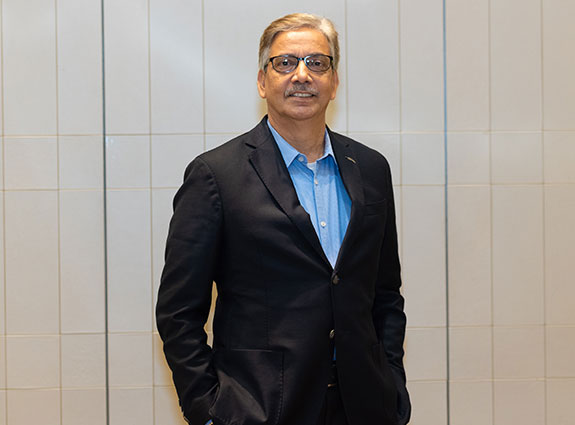 Mr. Dixit graduated from B.I.T.S. Pilani (B.Tech Civil) and has done his M. Tech from I.I.T. Mumbai. He has broad and diversified experience of over 31 years in the Construction industry.

He joined SPCPL in 1996 and has held several senior positions including Executive Vice President, Director-Operations and President (Construction Group).

Under Mr. Dixit’s Leadership, the Company has witnessed more than 20% growth year on year, for past many years. The Group business encompasses all product type projects from Commercial, Institutional, Residential, Airports to Healthcare and Sports arena and a large percentage (about 80%) of portfolio of the business is under EPC & GC model.

The Company has taken many initiatives to integrate technology viz. 3-D BIM Modelling, in-house developed mobility solutions to field, system to track labour attendance and productivity as well as robotics for construction. SPCPL is pioneer in bringing top down construction methodology to India.

Presently, Mr. Dixit is a Director on the Board of SPCPL and also Board Member of other SP group companies. 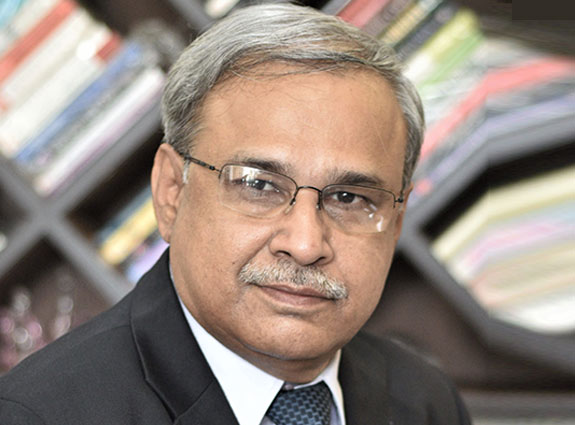 Sumit Banerjee is currently the Chairman of the Board of ASAPP Info Global Services Private Limited. He is also serving as independent director on the boards of a few listed and unlisted entities in sectors such as infrastructure, engineering, energy and print media. Previously, Sumit has been the Vice Chairman, of Reliance Cement, and CEO –Infrastructure Businesses of Reliance Infrastructure Ltd. Earlier on, as the MD and CEO of ACC Limited, a premiere cement company, he led the organisation to superlative levels of performance.

A Mechanical Engineer from IIT Kharagpur, he is a professional with top management level exposure in various core sector industries, such as Non Ferrous Metals, Steel Processing, Cement and Infrastructure. He has a highly successful track record as a Leader of People and Businesses, and as a CEO, and has been recognized for his work through many awards and laurels, like The Corporate Citizen of the Year by CNBC TV18, Award for Fair Business Practices, etc.

Sumit has been involved in education and skill development activities, having served for 5 years on the board of governors of Indian Institute of Management, Lucknow, a well-known management school. He is currently the government nominee on the governing body of Construction Sector Skills Council. He has been the founding Chairman of the Cement Division of Confederation of Indian Industry, the largest and most respected industry association in India, and he continues to be an invited member on the Board of Bombay Chamber of Commerce and Industry, one of the oldest chambers in the country. Recently, he has accepted to serve as the “Chief Mentor” of the Centre for Mediation and Conciliation which the Chamber is incubating. 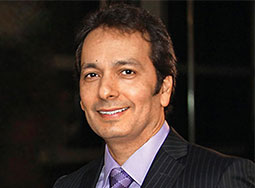 A trailblazer, who first blazed a trail in financial journalism with his chartered accountancy background, he turned to addressing the needs of the construction, infrastructure and manufacturing sectors through ASAPP INFO GLOBAL GROUP set up in 1999. Since then, he has spearheaded India’s enthusiasm for Smart Cities through the Smart Cities Council India set up in 2014, and now lobbies for policy changes as Founder and President, of the FIRST CONSTRUCTION COUNCIL. Recipient of the Asian Multimedia Publishing Awards and the CIDC Vishwakarma Awards as ‘Best Journalist’, as head of the FIRST Construction Council, he has campaigned for steel quality, for emission norms for construction equipment, for changes in the municipal act, for changes in the land acquisition policy as he continues to infuse his enthusiasm in building India into a powerful nation.